Unless you're living in a geekless environment, you're probably aware - even vaguely - that the Console Wars have started anew. Microsoft fired it's salvo a year ago with the XBox 360, gaining serious market share. Now it's Sony and Nintendo's turn, and in true competitive spirit they're both releasing their new consoles - the Playstation 3, and the Wii - within days of each other.

But which to get?

I'm not an XBox fan, never was. I'm not impressed overmuch with the 360, so I avoided it in favor of waiting on the PS3. Then I heard about Nintendo's console, the formerly named Revolution - now the Wii - and it gave me reason to pause.

The PS3 is a monster in mechanics. First generation Blu Ray disc player, supercomputer-comparable Cell microprocessor, online and wifi capabilities...it's the juggernaught, waiting for its chance to blow out the competition. Despite production problems and a hefty price tag - $600 - it's the giant on the field, looming over the competition and ready to smother the XBox legions at the first opportunity.

Then there's the quiet little Wii, with it's motion-sensing wireless controller and emphasis on functionality and fun, rather than mind-boggling graphics and animation. It comes down to that one word: fun. The Wii looks...fun. It's a crowd pleaser, a party game where a mixed group can get together and have a blast. And I'm intrigued.

Plus it's relatively miniscule price tag of $250 has me stopping to go "hmmm..."

At the Sony Store here in New York, a guy camped out in front of it's doors this past Monday and hasn't left. The PS3 console releases tomorrow, Friday the 17th; he's the first in line, and there are - right now - 350 people behind him. Waiting for tomorrow morning when the Sony doors open, so they can be among the first (and, with the limited production, perhaps only) owners of a PS3 this holiday season.

I'm not planning on joining them.

I haven't looked to see if there's a line at a particular store near my home, but I've looked up their inventory online and I know this store has 120 Nintendo Wii in stock. If I'm going to join the Console Wars, this will likely be my battleground.

Provided I can even get my hands on a weapon, of course. 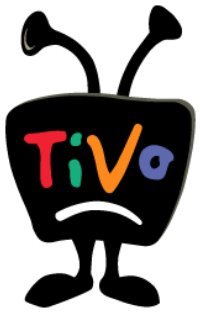 I'm sorry, but I just do not get the whole TiVo thing.

Obviously that makes me a dinosaur. Or maybe the little girl from the Emperor's New Clothes, who - no matter now hard she looked - just couldn't see what the big fuss was about.

Some will argue that the quality over VCRs is significant. Digital, baby, it's a new revolution! It's hard to argue with this. Except...most people don't have HD televisions yet. And frankly, do you really need to watch The Flavor of Love in digital quality picture?

But do you want to know what really gets me about the whole TiVo thing?

You pay for it. Bloody hell, you twits are paying someone so you can record your shows. Are you kidding me?! You pay $12.95 a month so that someone will record all your shows for you, when I paid $3.49 for an 8-hr VHS tape 3 years ago that I'm still recording over.

Do you really watch THAT much television, and yet have SO LITTLE time to sit down and watch all of these shows that you claim to be addicted to...that you're willing to pay a monthly fee so that a machine can record it for you?

In this age of recordable, rewritable discs...someone has suckered the world into buying their product that will record things for you. For a fee.

Here's a thought. Maybe...just MAYBE...if all the TiVo tool-heads hadn't bought the product, but instead held out for...oh, I don't know, a RECORDABLE DISC PLAYER...you wouldn't be paying these outrageous fees.

Then again, as P.T. Barnum might have said: There's a TiVo customer born every minute.
Posted by Ariq the Moor at 5:38 PM No comments:

Elmos Off the Back Of A Truck?

The world has gone to hell. And I'm not certain if I'm referencing the crooks or the retailer who got ripped off.

Apparently a shipment of the latest got-to-have-it toy, Elmo THX (what happened to Elmo Dolby Surround Sound?), has been hijacked. Toynapped. Whatever. It was on it's way to a Wal-Mart in Arksansas on OCTOBER 31st (!) when the shipment of 100 little fuzzy muppets vanished into thin air. Poof. Or giggle-poof.

Now...let's put aside the whole Children of the Corn imagery this invokes, and stick to the story at hand. Because this gets interesting.

Wal-Mart says it will do "anything" to ensure that these Elmos are returned to their shelves in time for the Christmas rush (suddenly I'm picturing Mel Gibson in "Ransom", and have offered a trip to a comedy club in New York as a reward for the shipment's return.

A comedy club. In New York.

These ridiculous Elmo dolls are selling on eBay, right now, for an average of about $100 each. That's a potential return of about $10,000 for the criminals.

Compared to a free entry at a comedy club in New York.

I'm thinking, Wal-Mart doesn't really want them back but has to go through the motions just to make themselves look good. There's some Wal-exec's daughter right now, up to her armpits in red fuzz surround by giggles.
Posted by Ariq the Moor at 5:41 PM No comments:

I finished off my Hallow's celebration by walking in NYC's Greenwich Village Halloweeen Parade. It's something I haven't done in ages, and looked forward to doing. You feel like you're part of something, like there's this big party happening all around you and instead of standing on the sidelines, watching - you're in it, part of the show, one of the entertainers that others stood packed together like sardines just to catch a glimpse of.

I was...surprised, I guess, to see the number of people walking who either a) didn't bother putting any thought into a costume and threw something together out of their close, or b) didn't bother to wear one at all. It felt more like a mob who wanted the thrill of being in the parade, without actually contributing to it. I hate to say it, but it sort of cheapened the experience for me. Too bad.

Still, it was Halloween and it would have taken a presidential act of war to dampen my spirits completely. I was out with friends and having a good time, and ultimately that's all that mattered. I shared a hug and a laugh with complete strangers on every block; it was that mardi-gras, new years eve feeling where everyone is everyone else's best friend. It was great.

There's a note I wanted to share with you all; an artist who draws an online comic that I'm a big fan of (PvP) by the name of Scott Kurtz wrote a comment about Hallow'een that touches one of the things I feel strongly about the holiday myself. Read, and see if you agree.

If you think about it, Halloween can be a very benficial holiday.

The importance of Halloween is that we spend it facing fears. We take the things that normally make us afraid, and we embrace them. We dress up as them, we purpousely force ourselves into frightening situations. We do this for fun, but more importanly, we do it to take away some of its power.

In this day and age, I think that concept is more important than ever. It seems that lately, everyone is trying to manipulate us with fear tactics and mongering. The government, the media, special intrest groups, religious groups, secular groups. Fear mongering is the new black.

I hope that everyone had a great halloween and that you all take a moment to embrace the spirit (no pun intended) of the holiday. Try to make yourself immune to all this fear mongering and hopefully we can return to a nation of pragmatic thinking sometime soon.