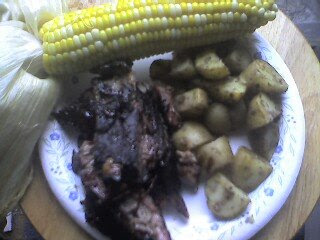 Mmm-mmmm!
Posted by Ariq the Moor at 2:39 PM No comments:

So someone tried to jack me this week.

More specifically, they tried to jack my gas.

Seriously, I thought stuff like only happened on the mountain roads of Guatemala, or in the Florida Everglades. When you think of people sticking hoses into gas tanks and siphoning fuel into a bucket, it brings up imagery of some moonshine era long ago.

Here I was, all set early in the morning to head up to the lake, drop my kayak and get in some paddling before the weekend crowd starting invading. I had just over a quarter tank of gas and probably could have made it there and back without filling up, but i figured why take the chance? I stopped at a gas station which happened to be full service - and the guy tells me my gas cap was missing.

I shrug; it's a gas cap, I can replace that easily enough. He tries to fill the tank, but after another quarter fill the nozzle is snapping like the tank is full. I'm looking at my guage, it's obviously at a half-tank.

So now I'm thinking, something's screwy here. It's 7:30 in the morning, I decide it'll be better if i stick around and talk to the mechanic when he comes in at 8. He's a little late, but that's fine. He takes a look, decides he can't really figure out what's going on unless they drop the tank and look inside. For that, he needs his crew - who come in at 9.

They show, they pull the tank, and figure that someone busted the tank assembly inside while trying to force a hose down it. They've got to get the replacement parts, and get me a new cap - this time with a lock on it.

By the time all is said and done, it's after 11am and I'm just too tired and annoyed. Between labor, parts and gas I've spent over $200, gotten nothing I had planned accomplished, and pretty much wasted my morning.

And why? Because someone decided gas was so expensive, they needed to siphon off some of mine.

I swear, I'm going to set up cameras somewhere just so I can catch one of these morons. I'll spend the $50 it'll cost just to douse his arse in gasoline, and roast marshmallows on him after I light his butt up.

It just sucks, realizing that the gas in my tank was worth more to someone than trying to actually steal the truck.

But does she do windows?

ROME (Reuters) - An Italian man was arrested on suspicion of kidnapping his ex-girlfriend from a pub, taking her home and forcing her to iron his clothes and wash the dishes, police said Monday.

The 43-year-old man dragged the woman out of a pub in the port city of Genoa, shoved her into a car and took her to his home where he made her iron and wash dishes after threatening her, they said.

Police arrived at his house after being tipped off by a friend of the woman who watched the scene at the pub.

The man, who was apparently furious at his ex-girlfriend for leaving him, was arrested on charges of kidnapping, police said.

Personally, I think he just really, really needed his laundry done.
Posted by Ariq the Moor at 10:15 AM No comments: 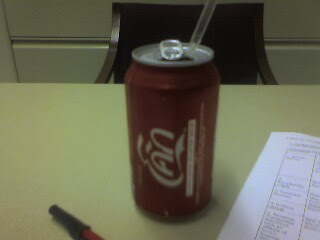 Went down to the vending machine in the office, popped in my 75 centavos and what pops out? Imported strange soda. Turns out Coca-Cola is advertising for the upcoming Beijing Games by selling cans in other languages.

Just as long as they don't fill it with that green jelly drink (nam quiew?), I'm okay with that.

Posted by Ariq the Moor at 6:10 PM No comments: 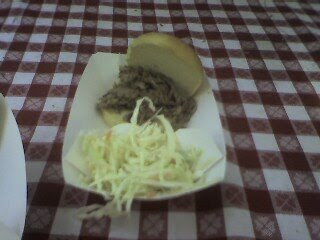 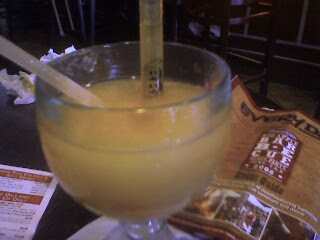 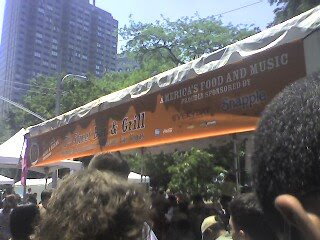 I don't want to take anything away from Oscar Pistorius. I think he's an inspiration to amputees - and really anyone trying to overcome a disability - everywhere.

But I'm not certain how I feel about his participation in professional sports.

For those of you not in the here and now, Pistorius is making history by becoming the first double-amputee allowed to compete and qualify for the upcoming Beijing Olympics in track. Understand, we're not talking about the Special Olympics - this is the real deal, racing against full-bodied athletes.

So how is this double-amputee able to achieve this? He's using specially designed prosthetic legs, which allow him to compete on a level with other athletes.

Oscar was originally banned from using his prosthetics, based on an Olympic rule which prohibits the use of technical aids by athletes.

However, in appealing the ruling (which, incidently, the law firm I work for handled) he won his case and the ruling was overturned, clearing the way for him to work towards his Olympic dreams.

Now understand - I'm not against him competing, and I think it's admirable that he's overcome his handicap to an extent that he's capable of competing at Olympic levels; it's fascinating, from a purely scientific view, and heroic. It's reminsicent of a former Major League Baseball player, Jim Abbott - born without a right hand, he learned to pitch lefty and taught himself how to switch his glove quickly from his stump to his left arm, making himself into a capable fielder. He won a gold medal on the US Olympic Team in 1988, and as a New York Yankee, Abbott pitched a no-hitter against the Cleveland Indians in 1993.

But he did it all with skill, not attachments or prosthetics.

The Cheetah® Flex-Foot is a J-shaped, high performance carbon composite prosthetic sprinting foot, designed to store and release energy in order to mimic the reaction of the anatomical foot/ankle joint of able bodied runners. From the manufacturer's own website:

The shape, which somewhat resembles the hind quarter of a Cheetah - hence the name - acts like a spring and shock absorber. The "J" curve is compressed at impact, storing energy as well as absorbing high levels of stress that would otherwise be absorbed by the user’s knee, hip, and lower back. At toe-off, the "J" returns back to its original shape, releasing a percentage of the stored energy and propelling the user forward.

The foot is designed to have more layers of carbon at higher stress points, such as the apex of the "J" curve, and less carbon where more flexibility is needed, such as the toe portion. Importantly, the Cheetah Flex-Foot has no heel component. This ensures that the reaction of the foot accurately mimics that of an able-bodied runner by keeping the user on the "balls of their feet," as well as producing a quicker reaction from the loading response as compared to traditional prosthetic feet.

This is the very heart of the issue. The Cheetah prosthetic is basically a giant spring, giving the wearer a distinct advantage over those runners who have to rely only on their natural leg muscles. I've personally seen the difference carbon flex limbs are capable of; as a former competitive archer myself, I watched the industry move from wood-foam core limbs for bows to carbon-composite limbs, as they allow more flex in a lighter limb, which allows for more power.

It begs the question: is Pistorius a faster runner WITH the prosthetic limbs, than he would have been had he been born with two strong legs? Is his speed as much a product of his prosthetics, as his training and determination? There are other amputee athletes who compete, but none of them are double amputees; many point out that it is their HEALTHY limbs that hold them back, as they are forced to alter their running stance to compensate for the extra speed kick they receive from their prosthetic limb. It's comical that this reminds me of how, as a child, I'd wonder how the original Bionic Man of television, Steve Austin, was able to run as fast as he did - in the original season, he only had one artificial limb and I wondered how his human leg was able to keep up.

Pistorius has two such limbs, and his peers have already voiced complaints that his double prosthetics give him added height, and that added height translates to a longer stride - which as a runner, further translates into increased speed and less energy expended to achieve the same speed and distance. Able-bodied athletes have complained that he does not suffer the stress on his knees and calves that they do, instead relying exclusively on his hips to power his strides. Pistorius himself admits

In this age of doping and performance enhancing in professional sports, Pistorius' tale is potentially a Pandora's Box. It's bad to take HGH to improve your performance and strength, but it's okay if you use technology. If an amputee pitcher used a prosthetic limb to learn to throw a ball, is it wrong if he's throwing strikes at 98pmh? Is it cheating, if an amputee wide receiver or running back has a form of the cheetah limbs?